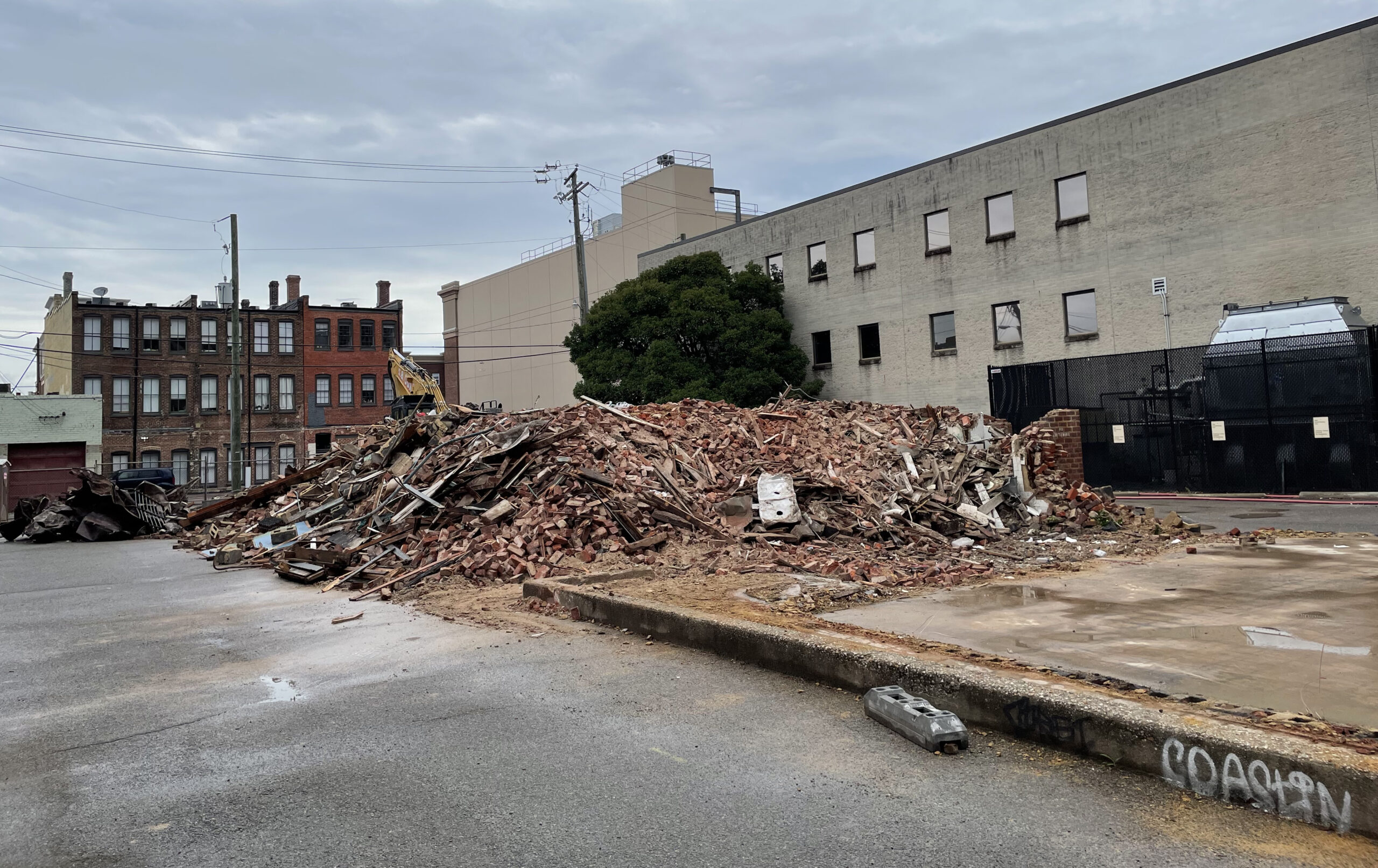 A long-running local eatery’s former home on Grace Street has been torn down to make room for a new home for VCU students.

The vacant building at 708 W. Grace St. that used to house Sally Bell’s Kitchen was demolished in recent weeks. The property will be part of the site of a new VCU dorm, which is expected to start construction in a couple years.

The new dorm will be for the university’s honors students, who are currently housed in a 177-bed residence hall across the street. Though the new dorm’s size and number of beds hasn’t been determined, it’s expected to have a higher capacity than the existing honors dorm.

“The new Honors College housing facility is currently in the pre-design phase to evaluate scope and size of the project. Construction is expected to begin in 2024 and to be complete by fall 2026,” VCU Vice President for Administration Meredith Weiss said in an email. “It will replace existing Honors housing and provide significantly more beds.” 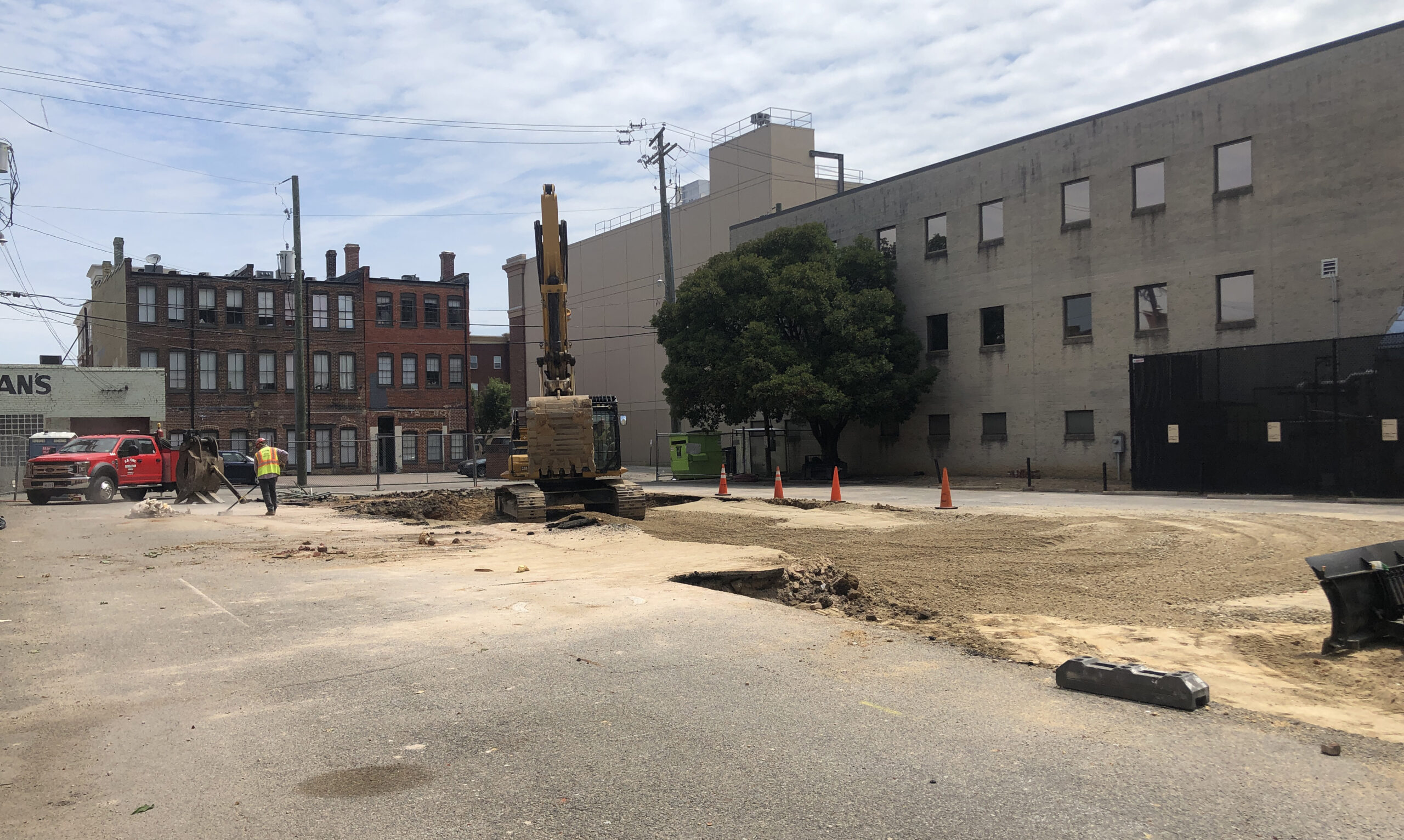 The vacant building at 708 W. Grace St. that was once home to Sally Bell’s Kitchen was built in phases between 1876 and 1950. Pictured is the property in late June. (Mike Platania photo)

Texas-based American Campus Communities is the developer VCU is working with on the public-private partnership project. The existing honors housing building will continue to serve as student housing once the new building is completed. Sally Bell’s is now at 2337 W. Broad St.

“The project will provide undergraduate housing for the Honors College as well as additional student housing to respond to increased demand for on-campus housing. It will also provide needed space for the Honors College program including office space, academic/teaching space, collaborative areas for group work and event space,” Weiss said.

VCU also worked with American Campus Communities on the nearby 12-story Gladding Residence Center construction project that was completed in 2018.

VCU also plans to tear down the next door Facilities and Financial Services Building at 700 W. Grace St. to free up that land for the new dorm. Demolition of that building is planned for November 2023. 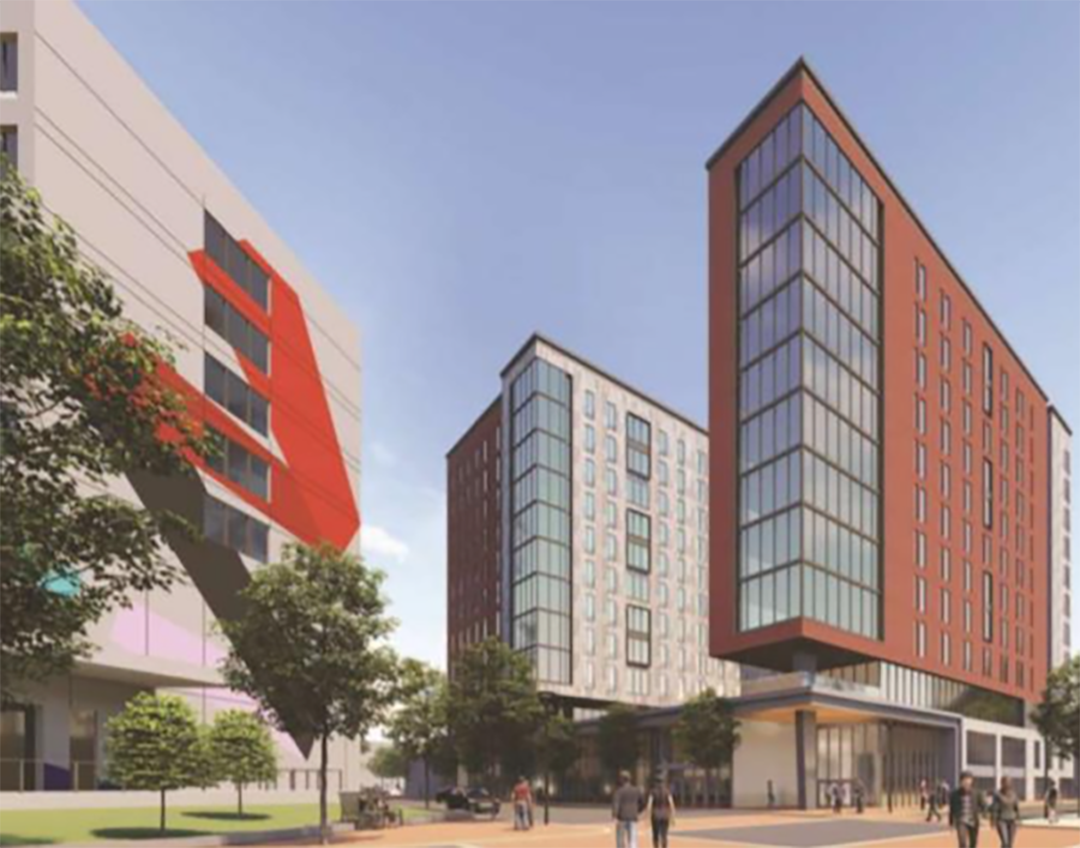 A rendering of a new residential hall VCU plans to build on Grace Street. To the left is the existing honors dorm. (Image courtesy of VCU)

Meanwhile, on the next block, a restaurant chain is returning to Grace Street after a two-plus-year hiatus. Noodles and Co. is preparing to re-open at 814 W. Grace St. The Colorado-based chain had formerly operated there from 2013 until 2020.

A company spokesman said the plan was always for it to be “an extended yet temporary closure,” due to VCU students not being back in-person, but now that they’re back they hope to open back up in their old space in the next few months.

The Grace Street dorm project takes its initial steps forward as VCU also plans two other nearby capital projects: A $181 million Arts and Innovation Academic Building at the corner of Broad and Belvidere streets and a new IT center at 707 W. Broad St., which between construction and equipment is now estimated at $49.9 million.