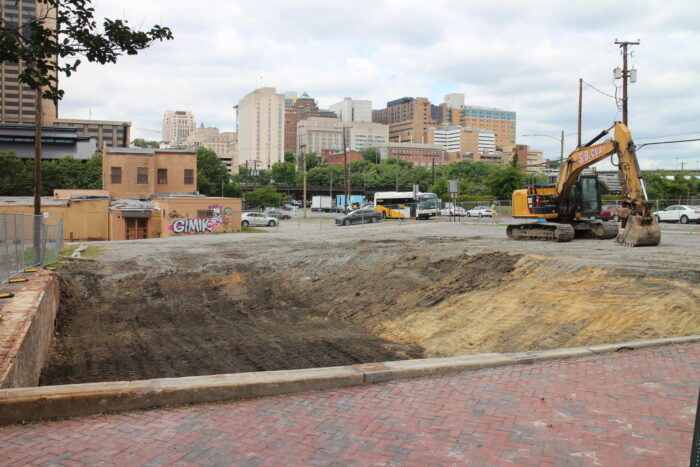 Site work for the project started last week with demolition of a building on 18th Street. The old Weiman’s Bakery building is visible at left. (Jonathan Spiers photo)

With more land to work with and more units added in, Louis Salomonsky is moving forward with his plan for a 12-story apartment tower at the former Weiman’s Bakery property in Shockoe Bottom.

The longtime Richmond developer filed a revised plan with the city last week that shows a somewhat reworked development with 212 apartments, up from 145 in an earlier proposal.

The project also includes an additional quarter-acre parcel at the corner of Grace and 18th streets that’s planned to house an adjoining five-story parking deck. Initial site work on that parcel got underway last week with demolition of an adjacent unused building.

An LLC tied to Historic Housing, the Shockoe Bottom-based firm that Salomonsky leads with business partner David White, purchased the parcel in May from the Loving family for $1 million, property records show. The parcel, at 1715 E. Grace St., was assessed by the city at $615,000. 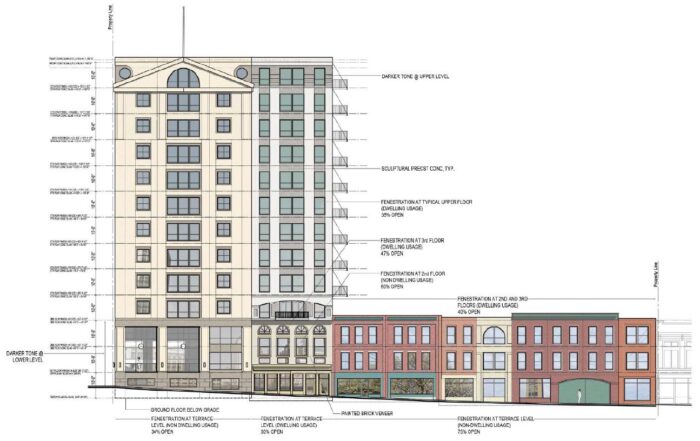 An image of the 12-story tower and three-story wing as they would appear along 17th Street. (City of Richmond documents)

Salomonsky said the additional land allowed a rework of the project, which city planners are reviewing. An earlier plan had called for a two-story deck and other parking incorporated within the roughly half-acre Weiman’s site.

“We acquired some more property from the Lovings, and that enabled us to create a parking deck that would facilitate more units for the property,” Salomonsky said Friday. “We’re in for final approvals for everything from the city.”

Called the Bakery Loft Apartments, the development would consist of the 137-foot-tall tower and five-level parking deck, as well as a three-story wing along 17th Street with street-level commercial storefronts and townhome-style units above. 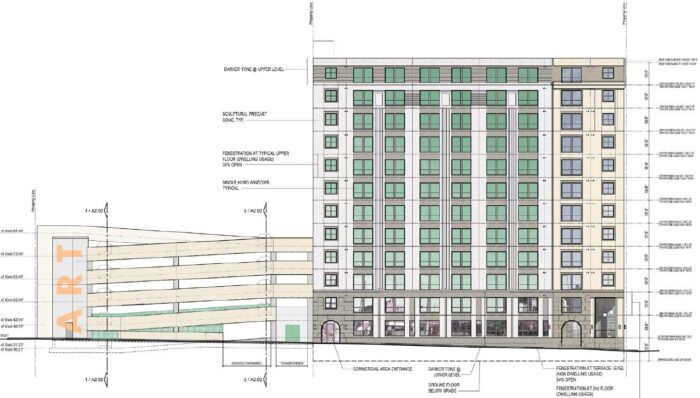 A view from East Grace Street of the tower and parking deck.

Access to the parking deck would be off Grace Street, and additional surface parking within the development would be accessed via an entrance off 17th. Plans call for a total of 213 spaces, considerably higher than the 98 spaces required by zoning and the 85 spaces previously proposed. The project would also include 80 bicycle spaces, above a required 59.

The parking deck’s upper level would feature a greenspace amenity that could include a dog park, plants, grills and games. A ground-floor pool would be located at the center of the development with additional amenities. 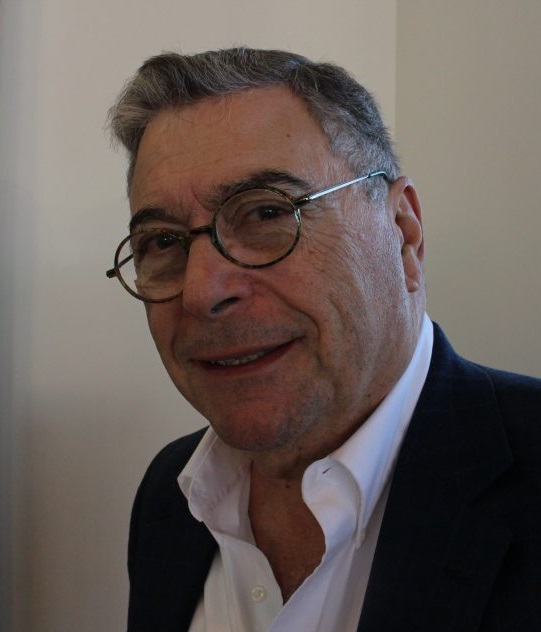 Salomonsky said he would like for a portion of the apartments to be short-term rental units, though he said financing requirements would dictate that.

“I would like to do a certain percentage of short-term rentals, particularly for people coming to Richmond who want to rent a short period of time until they find a home or an apartment,” said Salomonsky, who had also considered a hotel at the site.

Salomonsky said the building would be constructed using precast concrete, which he said would reduce sound between units.

“We’re enthralled, because this is 7,000-pound concrete,” he said, adding that sidewalks typically have a density of 3,000 pounds per square inch. “Seven thousand pounds is like a diamond; it’s waterproof. It makes the building virtually soundproof in the apartments.”

Salomonsky’s SWA Architects is designing the building, with Beau Woodrum the lead architect. Historic Housing is the developer and SWA Construction is the contractor on the project, which Salomonsky estimated at $42 million.

The latest proposal comes four years after Salomonsky had the former industrial site rezoned to TOD-1 Transit-Oriented Nodal District, a zoning classification allowing greater building heights and density in areas in the vicinity of the Pulse rapid-transit bus line. With the zoning in place, the development plan requires only administrative approvals and would not go before the Planning Commission or City Council.

At 12 stories in height – the maximum allowed in a TOD-1 district – Salomonsky said the building would be the tallest new construction in Shockoe Bottom.

“Certainly, the project is unique,” he said. “It’s the only zoning 12 stories high in the area, and will probably be the only 12-story-high zoning in the Bottom. If you look at the drawings, you’re going to see some good architecture. It’s a tall building and it’s going to feel comfortable in the area.” 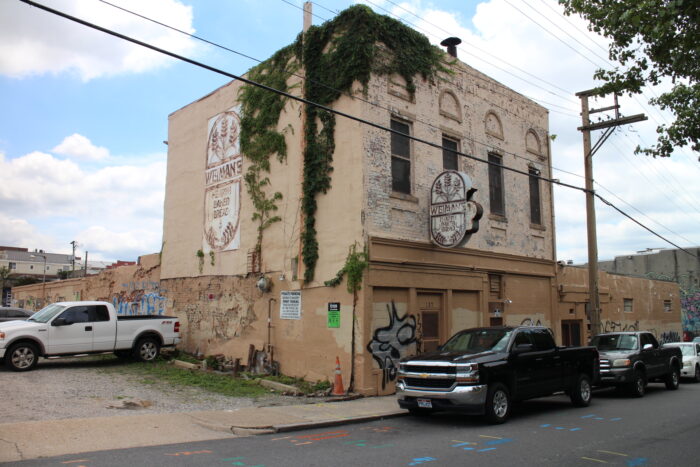 Salomonsky and White have owned the Weiman’s site since 2014, when they purchased it for $1.87 million, around the time that the area was being pitched for a mixed-use development that would have included a baseball stadium to replace The Diamond. The same year, they paid $250,000 for 120 N. 18th St., the standalone building that was demolished last week.

The 8,800-square-foot Weiman’s building housed the bakery for seven decades, from 1945 until it closed in 2013. Plans show that the design of the building’s façade would be incorporated into the new development, though Salomonsky said the building will be razed with the façade rebuilt from the original materials. The project does not involve historic preservation or other tax credits.

Historic Housing’s other projects include another 12-story tower: The Icon apartments in Scott’s Addition.