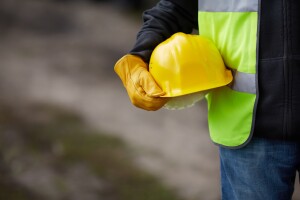 Employees most frequently leave jobs due to lack of opportunities for career advancements and skill development as well as the lack of effectiveness of immediate supervisors, according to the 2021 Homebuilding Workforce Engagement Study, released by the Building Talent Foundation. The survey, sponsored by the Leading Builders of America and conducted by a team at Oxford Center for Employee Engagement, identifies employee engagement as one of the keys for employers retaining current employees.

While pay and benefits are still important to employees, the survey indicates that if career advancement, skill development, and supervisor leadership are not at acceptable levels, increases in compensation alone will not lead to increased retention.

The engagement study highlights one way the industry can address the skilled labor shortage. A recent study from the Home Builders Institute suggests that the industry will need to attract 2.2 million more workers just to keep pace with demand through 2024. A first step to achieving that goal is improving engagement among current workers to increase retention and reduce employee turnover, according to the BTF. The association says decreased engagement can lead to high employee turnover rates, with turnover costing employers an average of $15,000 per employee. Additionally, since turnover is largely concentrated among early- or mid-career employees, it is a long-term problem that could potentially further widen the skills gap in the home building industry, according to the BTF.

“BTF’s strategy is to bring a pipeline of new talented tradespeople into home building, connect them to growth-oriented employers, and retain them in the sector for years to come,” Minic says. “By conducting this study, we aimed to establish a clear retention baseline and understand what it would take to improve it.”

The survey found that one in two respondents were both planning to stay in their current job and engaged. Of employees considering leaving their job, half were thinking of leaving the residential construction sector and one in three were planning on looking for a new job outside the construction industry entirely, according to the survey. Approximately 14% of workers responded that they were not looking for another job but were also not engaged, indicating this cohort of employees are likely to be thinking of another job in the short-term future.

The BTF says low engagement is a leading indicator of employees considering leaving their current jobs. According to the organization, if an employer can address engagement proactively, they are more likely to reduce employee turnover and related costs. As a result of the survey, BTF says it is developing several initiatives aimed at helping employers improve employee engagement. The initiatives include raising awareness of the study’s results through its BTF network, providing greater access to training resources and career exploration through its JobsToBuild platform, facilitating best practice sharing and peer-to-peer learning, and offering career coaching to employees.

“The time to invest in engagement is now,” Minic says. “Our industry is already investing heavily in recruiting and training new talent, and those efforts will be twice as effective once the sector is better at engaging and retaining its workers.”

The Homebuilding Workforce Engagement Survey was administered online and by telephone to 1,462 respondents. The survey was designed to identify the degree to which employees in construction jobs exhibit risk factors that lead to a decision to leave their jobs. Half of the sample worked primarily in residential construction, while a quarter of respondents worked in both residential and commercial construction. The majority of respondents were men between the ages of 25 and 44 years old.

BTF is a nonprofit organization founded by the Leading Builders of America, a group of 20 U.S. residential construction companies. The organization’s mission is to advance the education, training, and career progression of young people and people from underrepresented groups.